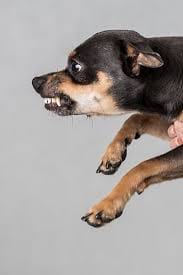 The average injury settlement in dog bite cases has increased 94 percent since 2003. These attacks are much more violent than many people believe. When animals attack, the knockdown alone usually causes broken bones and other injuries. Then, when dogs bite, their teeth cause deep puncture wounds as well as severe tearing wounds.

Additionally, many dog bite victims suffer from Post Traumatic Stress Disorder-type symptoms. These effects include nightmares, heightened awareness, flashbacks, and other things which make it difficult or impossible to function at work, school, or home.

So, a Weatherford personal injury attorney can often obtain substantial compensation in these matters. But building a case is not enough. An attorney must also overcome insurance company defenses. Both these things are outlined below.

In Texas, dog bite victims have several legal options, usually based on the facts of the case. These options include:

Negligence, or a lack of ordinary case, might be available as well. For example, a schoolteacher may be negligent if he allows children to play near a strange dog.

Assumption of the risk and provocation are the two leading dog bite defenses in Texas.

“Beware of Dog” signs do not immunize owners. They must still prove that the victim voluntarily assumed a known risk. If the victim had limited reading or English skills, the victim may not have been able to read the sign or understand what it meant. Basically the same thing applies if the sign was concealed behind a branch.

Dog bite victims may be entitled to substantial compensation. For a free consultation with an experienced personal injury attorney in Weatherford, contact Herreth Law. We do not charge upfront legal fees in negligence cases.