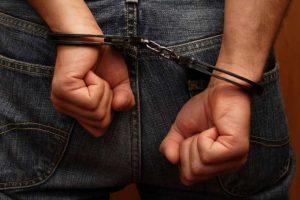 Judges and lawmakers have broad powers to restrict constitutional rights. For example, even though the First Amendment guarantees freedom of assembly, groups cannot hold rallies in hospital zones.

The Second Amendment is an even better example. The text gives people the right to keep (own) and bear (possess) arms. But this provision has been watered down so much that, in many states, people only have the right to keep arms.

That’s not the case in Texas. Texas Penal Code 46.02 violations have several defenses, and they fit into two basic categories.

Two technical defenses are in the statute, because 46.02 has two clear exceptions.

Unlawfully Carrying a Weapon (UCW) charges will not hold up in court if the defendant was on his or her own premises, or at a place under the defendant’s control. The extent of control is sometimes an issue. Typically, as long as no one had a superior right of possession, the premises is under the defendant’s control. That designation applies to a place like a house with three co-owners. A place like an office suite in an office building is a little less certain.

46.02(2)(B) contains the traveling exception. As long as the defendant is en route between legal locations, such as the house to a hunting trip, it’s legal to possess both weapons and ammunition in a car. There’s no requirement that the gun be in a separate locked box.

Furthermore, an out-of-state permit may be valid in some cases. Texas has some kind of reciprocity agreement with all jurisdictions except Oregon, Minnesota, and a few others. If the defendant has a valid Carrying a Concealed Weapon permit from these other states, 46.02 charges probably will not stand up in court.

Even if the judge admits the gun, the prosecutor must still prove possession beyond any reasonable doubt. In addition to proximity, “possession” also means knowledge and control. In the aforementioned car full of people scenario, these elements are difficult to prove.

There are several very good defenses to UCW charges. For a free consultation with an experienced criminal defense attorney in Weatherford, contact Herreth Law. We routinely handle matters in Parker County and nearby jurisdictions.