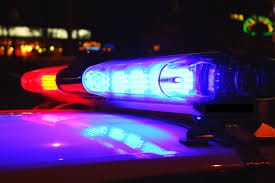 The FSTs are not designed to accurately measure intoxication or sobriety in a DWI case. Instead, they are designed to help prosecutors convict defendants. With this purpose in mind, it is easier to see some of the flaws in test conditions that may affect test results.

Police car overhead lights have a disorienting effect on the people who see them. This effect is very useful when officers must subdue an armed, violent suspect. However, these lights also place ordinary citizens at a disadvantage during intoxication field tests. Police takedown lights may be a problem as well. These ultra-bright lights are very useful in dark alleys and in other places where officers need protection. But at the scene of a DWI arrest, these bright lights may only increase the FST failure rate.

Disorienting lights obviously have a significant effect on balance-related tests, such as the walk-and-turn and one leg stand. Sometimes, it is impossible to determine if the defendant lost balance due to alcohol intoxication or these bright lights. That’s especially true since, in many cases, the “loss of balance” is barely noticeable in the first place.

Bright lights also affect the horizontal gaze nystagmus test. The light leads to involuntary pupil constriction, especially if the officer conducts the test at certain angles. Such constriction may increase the potential for visual clues. An officer could easily misclassify these clues as symptoms of intoxication.

Officers should account for these lights, and other uncontrolled elements, by deactivating them or at lest moving defendants away from their view. However, they almost never do these things.

The burden of proof in a DWI or other criminal case is beyond a reasonable doubt. The evidence must be so compelling that there is no other reasonable explanation other than intoxication.

In loss-of-balance cases, it’s possible that Slender Man could have pushed the defendant over while the officer was looking elsewhere. But that explanation clearly is not reasonable.

On the other hand, the flashing lights explanation could be a reasonable one. That’s especially true if an attorney partners with an expert witness who explains the disorienting effect to the jury. If just one juror has a reasonable doubt as to any part of the evidence, the defendant is not guilty.

These kinds of evidentiary weaknesses are also useful in pretrial settlement negotiations. In some cases, prosecutors may reduce weak DWI cases to reckless driving or some other lesser included offense. Or, they may offer some sort of pretrial diversion alternative.

Especially when it comes to sobriety level, test conditions have a lot to do with test results. For a free consultation with an experienced criminal defense attorney in Weatherford, contact Herreth Law. We routinely handle cases in Parker County and nearby jurisdictions.