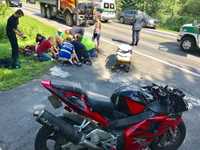 A car crash in Central Texas profoundly affected the lives of five North Texas families, as the wreck killed one person and seriously injured four others.

The collision occurred in Georgetown on State Highway 130. According to witnesses, 18-year-old Dezirae Fregoso lost control of her vehicle as she tried to pass a slower vehicle. Her Mazda left the road and careened across a median, flipping over several times in the process. Ms. Fregoso was seriously injured in the crash. Four passengers, three of whom were not wearing seat belts, were seriously injured as well. One of them died later at a nearby hospital.

The other driver said he tried to pull over and get out of the Mazda’s way, but he was unable to do so in time.

Venue (where to file legal paperwork) is one of the most important, and most overlooked, steps in a legal claim. A Fort Worth personal injury attorney must pay close attention to details in these situations.

Filing a claim in the wrong county is not a fatal error. But it does substantially delay the process, and delay always hurts the party with the burden of proof (the plaintiff in a negligence case). This issue comes up a lot. Azle is partially in Parker County and partially in Tarrant County. Additionally, the 20-30 intersection, where many wrecks occur, is just barely in Parker County.

There are strategic questions as well, particularly if the victim lived a long way from the crash scene. It’s usually more convenient to file in the county of the victim’s residence, especially if the victim was seriously injured. Such a filing also gives the plaintiff a home field advantage. However, all the physical evidence, and most of the witnesses, are probably in the other county. So, it’s easier to prove the case in that jurisdiction.

These are just a few of the matters to consider. The wrong choice at this stage could cripple a claim for damages, and the right choice could propel the case to victory. The stakes are high. Damages in a vehicle collision claim usually include money for economic losses, such as medical bills, and noneconomic losses, such as pain and suffering.

To deny fair compensation in passenger injury claims, many insurance companies rely on the assumption of the risk defense. This doctrine, which often comes up in fall and other premises liability claims, has two prongs:

Most people voluntarily get into cars. But the possibility of a car crash is only a theoretical or possible risk. It is typically not a known risk unless the driver was in a near-miss crash shortly before the injury accident.

The Texas Supreme Court recently revived the seat belt defense. This doctrine holds that people who are not properly restrained are responsible for their own damages. However, this defense is difficult to establish in court, and the insurance company has the burden of proof on this point.

Injured passengers have legal options. For a free consultation with an experienced personal injury attorney in Fort Worth, contact Herreth Law. We do not charge upfront legal fees in negligence cases.