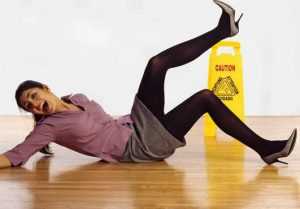 Every year, slip-and-fall incidents seriously injure millions of people. Older adults are particularly at risk. These victims are more likely to fall and also more likely to sustain a debilitating injury. Furthermore, many older adults are so afraid of a repeat fall that they essentially become recluses.

A recent Texas Supreme Court case substantially changed the legal landscape in this area. Some elements of a slip-and-fall claim are the same, and some are different.

The first step in a slip-and-fall claim, or pretty much any other personal injury claim, is establishing duty. To do so, Texas uses a classification system based on ancient common-law principles.

Duty alone is not enough to establish liability. The victim/plaintiff must also establish knowledge, and this is the part of the law that recently changed.

In 2015, the Texas Supreme Court decided Austin v. Kroger. Part of this case is still being litigated. But for purposes of this blog, it appears that the 2015 holding will stand up. Unfortunately, this holding made it more difficult to obtain compensation in these cases. Austin imposed some additional burdens on the victim/plaintiff, such as:

At trial, the victim/plaintiff must prove every element of a negligence claim by a preponderance of the evidence (more likely than not).

Despite a recent Texas Supreme Court ruling, slip-and-fall victims are still entitled to substantial compensation. For a free consultation with an experienced personal injury attorney in Fort Worth, contact Herreth Law. Home and hospital visits are available.