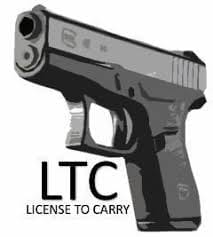 Texas has one of the broadest License to Carry firearms laws in the country. There are only a few places where licensees cannot bring their guns. For the most part, these places themselves are not controversial. Most people would agree that bringing a gun to a prison, an airport, or a hospital is probably not a good idea.

The designation makes sense. Most people would agree that guns and alcohol do not mix very well. That’s especially true if the establishment sells drinkable alcohol, like a bar, as opposed to packaged alcohol, like a grocery store. The problem is the sales percentage cutoff. It’s only illegal to carry a licensed gun at a place that derives more than 51 percent of its income from alcohol sales. There’s usually no way to tell if a convenience store gets 51 percent of its income from alcohol sales or only 49 percent.

These places are a bit vague as well. Obviously, a Dallas Cowboys game is a professional sporting event. But what about semi-pro games, where players are paid but they may not qualify as “professionals” under some definitions? Or what about youth league games? If the kids get snacks after the game, that could be considered a form of renumeration and therefore a professional event. These things may seem like minutiae. But if you are already on the watch list for some reason, rest assured that Parker County prosecutors will press charges over things like these.

Not all schools look like schools. Some schools are in mini-malls, office buildings, and other commercial areas. That’s especially true of vocational programs, and there are more and more of these places in the Weatherford area. It’s also rather hard to tell where school premises begin and end. If the educational area is on the third floor of a building, can you have a gun on the second or fourth floor? Other schools are used for other purposes, like churches or meeting areas. If that’s the case, is the school building still a prohibited LTC place? Arguably not, because the policy reason no longer applies.

Part of the same discussion about schools applies to courts as well. Many courts are in commercial buildings. Sometimes, there are signs posted that warn licensees where the “court” officially begins. But other times, there are no such signs.

Any store owner or private individual may prohibit firearms under Texas Penal Code Section 30.06/30.07 or Section 30.05. 30.06/30.07 pertain exclusively to firearms; 30.05 is the standard criminal trespass statute in Texas.

Here’s where it gets confusing. If you are an LTC licensee, you can legally carry a long gun into a store that has a “no guns” sign, but it’s a misdemeanor to possess a licensed handgun. If the property has a “no trespassing” sign, carrying a licensed handgun is legal but a licensed long gun is illegal. Making matters even more confusing, many places put these signs on windows as opposed to doors. Especially at night and/or when coming from a certain direction, these signs are easy to miss.

Texas has a very broad, and very complex, LTC law. For a free consultation with an experienced criminal defense attorney in Weatherford, contact Herreth Law. After hours visits are available.