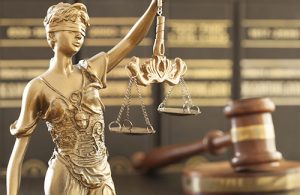 Redshirt junior Shai Werts should start against LSU on August 31, after laboratory tests confirmed that the “cocaine” he had in his car was bird poop.

In July 2019, Saluda County, South Carolina Sheriff’s deputies pulled over Werts for speeding. On dashcam video, Werts repeatedly told officers that the white, powdery substance on his vehicle’s hood was “bird [expletive].” “[Not] Unless the bird inhaled cocaine,” one deputy retorted. Even though the substance field tested positive for cocaine, later South Carolina Law Enforcement Division tests conclusively showed no cocaine was present.

During traffic stops and other such encounters, officers routinely assert that a substance “field tested” positive for a controlled substance. Usually, this “field test” is not much more than a sensory test (i.e. the stuff looked like, smelled like, and/or tasted like cocaine, heroin, or another controlled substance). Unscientific drug tests, much like unscientific DWI field sobriety tests, hardly ever hold up in court.

These unscientific tests usually suffice for probable cause. This standard basically means that officers must have some evidence of a crime before they can make an arrest. But the standard of evidence in court is beyond a reasonable doubt. That’s a much higher standard.

On a related note, Fort Worth criminal defense attorneys often order re-tests from independent laboratories. Many times, these professionals reach different results than the ones police technicians obtained. That’s true in both drug possession cases and in DWI blood test cases.

The Definition of “Possession”

Even if laboratory tests confirm the substance was illegal, defenses may still be available. Most prominently, there is the legal definition of possession. Proximity alone is not enough. In addition to proximity, prosecutors must also establish:

These elements are especially hard to establish in automobile possession cases. It’s hard to connect a defendant in the back seat with drugs in the front seat, especially if someone else was holding them secretly.

Drug possession cases make up over 80 percent of all the drug cases in Tarrant County. Because of the high volume and proof problems, many prosecutors are willing to make favorable deals to dispose of these cases.

Drug possession charges often do not hold up in court. For a free consultation with an experienced criminal defense attorney in Fort Worth, contact Herreth Law. Convenient payment plans are available.