How Accurate Are Breathalyzer Tests? 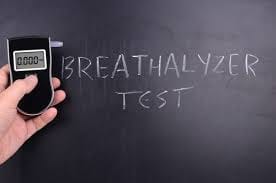 However, as the old saying goes, close only counts in horseshoes and hand grenades. That saying holds true with regard to DWI breath tests.

How Mouth Alcohol Affects the Test

DPS guidelines, and Texas law, require a fifteen minute monitoring period before someone can administer a breath test. That’s to ensure that the suspect does not belch, vomit, or burp immediately preceding the test. That release of mouth alcohol particles skews the test results, especially in a .08 or other borderline BAC result.

Most Breathalyzer manufacturers recommend at least a twenty minute waiting period, and most other states have a longer requirement as well.

But, for whatever reason, Texas’ waiting period is substantially shorter. Back in ye olden days, officers had to keep eagle eyes on suspects for the entire fifteen minutes. If the monitoring period was only 14:57, the judge could throw out the test results.

Subsequently, over the years, Texas courts watered down this monitoring requirement. Now, officers do not even need to be in the same room with the suspect for the entire fifteen minutes. Most of my former prosecutor colleagues welcomed these decisions. They believed the courts were closing a legal loophole.

But now, with no close monitoring, there is usually no way to tell if the defendant burped or belched. Again, in borderline BAC cases, that uncertainty may amount to reasonable doubt.

The body absorbs alcohol very slowly. So, there is often a significant disconnect between breath alcohol levels and blood alcohol levels. The breath may reek of alcohol, but there may not be much in the blood.

Only 20 percent of the alcohol people drink passes quickly through the stomach and into the blood. The rest takes a more circuitous route through the small intestine. So, if the person had anything to drink within the last hour or two, that alcohol is most likely not yet in the bloodstream.

The unabsorbed alcohol flaw resonates well with Tarrant County jurors, because it contradicts science with science. Unfortunately, many defendants unintentionally wreck this argument. They often tell officers that they have not had anything to drink in several hours. If that happens, an attorney cannot use this argument without putting the defendant on the stand and possibly destroying his/her credibility in the process.

The Breathalyzer is not perfect. For a free consultation with an experienced criminal defense attorney in Fort Worth or Weatherford, contact Herreth Law. Convenient payment plans are available.