Am I Now Eligible for Expunction? 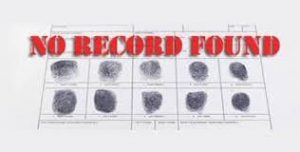 In the social media era, pretty much everything is permanent public record. Even if you delete that questionable Tweet, someone probably made a screenshot of it. So, it’s rather ironic that today’s Texas expungement and sealing laws are broader than ever.

Many people researched this area shortly after their criminal cases ended. Once they found out they weren’t eligible for any relief, they abandoned all hope. If you fall into this category, you owe it to yourself and your family to look again. There’s a very good chance that you may be eligible for record sealing or even record expunction.

In most cases, expungement is the legal equivalent of a chalkboard or whiteboard eraser. Expungement makes all the arrest and conviction records go away. Under Chapter 55 of the Code of Criminal Procedure, the following situations qualify:

· Not Guilty Verdict: Note that “not guilty” is different from “innocent.” No jury in the country finds a person “innocent”. Many people are morally guilty, but there is simply not enough credible evidence to convict them. Fortunately, moral purity is not a prerequisite for record expunction.

· Pardon or Appellate Reversal: The same principle applies here. An appeals court may reverse a conviction because of a technical error in the trial, and the governor may issue a pardon for political reasons. Only the outcome matters. The “why” is of no consequence.

· Identity Theft: Hackers are able to break into a court’s computer system and alter the records. More commonly, however, someone uses another person’s name during an arrest or a clerk makes a data entry error. The new expungement law expedites some petitions in this area.

· Charges Dismissed: This is one of the biggest changes. Until a few years ago, only dismissals due to lack of probable cause (e.g. the officers searched the wrong address) qualified for expungement. Now, any dismissal qualifies. That could mean a lack of evidence or simple prosecutorial preference. A waiting period (six months for a Class C misdemeanor, two years for an A or B misdemeanor, and three years for a felony) applies.

This procedure, which is totally new to Texas law, is like Wite-Out. Back in the Dark Ages, we used this fluid to correct typing and other mistakes. The stuff covered the mistake, but if you looked really closely, you could still see the error. A nondisclosure order is basically the same. As far as most people are concerned, the arrest and conviction never happened. But it is still visible in some cases, mostly to state or county government bureaucrats.

Some people are ineligible for expungement due to the nature of the charges or disposition. But pretty much everyone is eligible for nondisclosure. Typically, offenders just need to stay out of trouble until the waiting period expires. That period is usually between two and ten years.

If you thought you weren’t eligible for expungement-type relief, think again. For a free consultation with an experienced criminal defense attorney in Fort Worth or Weatherford, contact Herreth Law. Convenient payment plans are available.