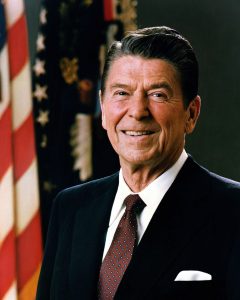 Some people remember March 1981, when Dallas-area native John Hinckley shot President Ronald Reagan and nearly killed him. As more facts came out, it became apparent that Mr. Hinckley was a deeply-disturbed young man.

At his trial, Mr. Hinckley used a variation of the irresistible impulse defense. This is the defense which Paul Biegler (Jimmy Stuart) cleverly used to free Lt. Manion (Ben Gazzara) in 1959’s Anatomy of a Murder. Essentially, the defendant claims that a certain impulse to act a certain way was so overwhelming that s/he could not possibly resist it. Irresistible impulse usually applied even if the defendant knew that act was wrong.

Mr. Hinckley spent roughly the next thirty years in a secure mental facility. Nevertheless, many people felt that he “got off light.” Shortly thereafter, Congress amended the federal insanity defense statutes. These amendments ended the irresistible impulse defense, at least for the most part. Most states, including Texas, soon followed suit.

This defense is much more difficult to prove today, but it still comes up in many murder and other violent crimes prosecution. There are basically three elements:

· Cannot Distinguish Right from Wrong: This doctrine comes from the venerable M’Naghten rule. In common law days, inability to distinguish right from wrong was basically the only element of an insanity defense. There is an informal term for this type of mental illness, but it should not be repeated on a family-friendly website.

· Permanent: The old “temporary insanity” defense is gone as well, for the most part. Most scientists agree that sanity may come and go over time, but it does not come and go in an instant.

· Defect or Disease: Most scientists also agree that the brain is not fully developed until age 25. Arguably, juvenile and young adult defendants do not fully understand the difference between right and wrong. Moreover, only many years will correct this condition. But age is not a mental disease or defect.

At trial, the defendant has the burden of proof to establish each element of the insanity defense.

So much for insanity during the guilt-innocence phase. During the punishment phase, the rules of evidence are more relaxed. For example, if the defendant is under 25, the lack of brain development may be admissible. Such evidence is even more compelling if the defendant has specific medical evidence.

The limited insanity defense is still available in many criminal cases. For a free consultation with an experienced criminal defense attorney in Fort Worth, contact Herreth Law. Home and jail visits are available.