Laying the Groundwork for Expungement in Texas 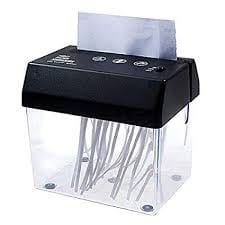 Criminal convictions make life difficult. A criminal record often makes it much harder, or even impossible, to find a good job, obtain money for school, find a good place to live, or pursue certain careers.

For many years, Texas has had some very generous second chance laws, and lawmakers recently expanded these provisions even further. So, it’s often possible to either expunge or seal criminal records. Expunged records disappear forever; sealed records are only visible to certain people, such as law enforcement officers.

A successful expungement proceeding starts well before a Parker County criminal defense lawyer files the petition. In fact, this process begins even before the defendant pleads to the underlying charges.

This tactic is especially useful if the prosecutors have poor work habits. Truth be told, some prosecutors just want to try the case and get it over with. They are not very adept at making legal arguments in procedural matters, and they do not like doing so either.

Most Parker County judges will entertain almost any pretrial motion. Possession cases often involve evidence suppression motions, many DWIs contain similar errors, and almost all cases should involve discovery motions. If the defense attorney has a reputation as someone who fights for clients instead of rolling over, the next phase in expunction preparation is a lot easier.

Most cases have at least one procedural and/or substantive defense. During plea negotiations, an attorney can bring up these defenses and discuss them with prosecutors. If the defenses have any merit, trial becomes much riskier for prosecutors. Therefore, they are more willing to deal.

As mentioned, if the attorney does not retreat into a plea closet, these efforts are usually more successful. Some lawyers never plan to take cases all the way to trial. These lawyers almost never get good pretrial deals.

Some types of convictions cannot be expunged or sealed under any circumstances. So, it’s vital to reduce charges in these situations. The same thing applies in other situations as well. The less severe the offense, the more likely a judge is to grant expungement or sealing.

Generally, defendants who successfully complete a third of their court supervision and have no outstanding obligations, like a class to complete or restitution to pay, are eligible for early discharge. If the probation officer endorses the petition, the judge almost always grants it.

If that happens, the defendant’s good conduct is a matter of public record. Establishing good conduct is basically half the battler in expungement proceedings. With that issue out of the way, an attorney just has to convince the judge that the defendant has a legitimate need for this kind of relief and that providing it would not endanger the public.

A motion for early discharge has benefits of its own. Court supervision is onerous and expensive. The sooner it is over, the happier everyone is.

Successful post-conviction relief petitions begin while the prosecution is ongoing. For a free consultation with an experienced criminal defense attorney in Weatherford, contact Herreth Law. We are available 24/7/365.