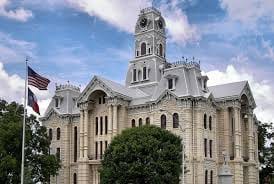 In a unanimous decision, the United States Supreme Court declared that state civil forfeitures are subject to Constitutional limitations.

Writing for the majority, Justice Ruth Bader Ginsburg stated that vehicle forfeiture would be “would be grossly disproportionate to the gravity of Timbs’ offense.” Furthermore, “Protection against excessive fines has been a constant shield throughout Anglo-American history for good reason: Such fines undermine other liberties,” she added.

Justice Ginsburg, who has been ill recently, also publicly announced the Court’s decision from the bench.

This controversial process applies mostly in white-collar criminal cases, drug crimes, and a few other areas. In a series of rulings from the 1950s, courts ruled that civil forfeiture was a legitimate extension of police power. At the time, the Constitution’s excessive fine prohibition only applied to the federal government. So, Texas and other states had free reign in this area.

In Tarrant County, if police seize property claiming it was used in the commission of a crime, there must be an ownership hearing within 30 days. At this hearing, the judge considers a number of factors, including:

The state has the burden of proof at this hearing. Prosecutors must show by a preponderance of the evidence (more likely than not) that the property is subject to forfeiture.

In the post-Timbs forfeiture world, the property’s value is not just another factor to consider. It is a threshold issue. If the value is disproportionate to the crime, there can be no forfeiture. Future case law or legislation should clarify exactly how much is “disproportionate.”

Most civil cases, including forfeiture cases, settle out of court. Typically, a forfeiture settlement is called a buy-back. The owner and prosecutor agree on a price which allows the owner to buy back the property.

In other situations, it may be best to let it go. For example, officers may seize a laptop computer which is so old and in such poor condition that it is not worth buying back.

There is also an affirmative defense in Code of Criminal Procedure Article 52.09. Innocent owners, which are defined as people who are bona fide purchasers who knew nothing about the alleged criminal activity, cannot lose their property in civil forfeiture proceedings.

The Supreme Court continues to impose limits on the collateral consequences of criminal convictions. For a free consultation with an experienced criminal defense attorney in Fort Worth, contact Herreth Law. We routinely handle matters in Tarrant County and nearby jurisdictions.