NJ Man: I Drove Drunk Because ‘The Jets Suck’ 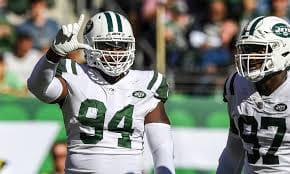 A hard-core fan blamed his team’s ineptitude for a serious injury DWI crash outside the Meadowlands in New Jersey.

The crash occurred about an hour after the lowly Buffalo Bills humiliated the Jets 41-10. When Wayne police responded to the scene of a rear-end collision, 57-year-old Christopher Greyshock showed signs of intoxication. Officers subsequently discovered an open whiskey bottle and marijuana in his car. After he failed field sobriety tests and a chemical test, officers took Mr. Greyshock into custody.

“I drank too much because the Jets suck,” he supposedly said to officers.

Unfortunately for Mr. Greyshock, lack of malicious intent is not a defense to DWI. Driving While Intoxicated is a regulatory offense. This label also applies to traffic violations. It does not matter if you intentionally ran the red light or not. An officer will probably still give you a citation. I don’t know this from personal experience. A friend of mine told me that’s what happened to him.

The theory is that regulatory offenses present a risk to people at large and not just to a particular person. Therefore, the law gives prosecutors broader authority to combat these crimes.

Regulatory offenses are more difficult to defend in court, because the prosecutor need not prove mens rea (a criminal state of mind). But the good news is that DWI is not a crime of moral turpitude. That’s especially good news if the defendant has immigration issues.

CMTs are difficult to define. Sometimes, the definition is limited to stomach-turning offense. That includes things like prostitution, murder, and indecency with a child. But more commonly, CMTs are defined as any offenses that involve a malicious mindset or an intent to harm someone else. That broader label includes things like aggravated assault (but not simple assault), theft, and pretty much any other mens rea offense.

Crimes of moral turpitude may affect more than immigration status. They may also inhibit job searches and bar entry into certain professions. So, go over all these things with your attorney before you plead guilty to a CMT. Other options may be available, like deferred adjudication. Bear in mind that deferred adjudication counts as a conviction as far as ICE is concerned.

If you have a CMT on your record, expungement or sealing might be an option. These processes erase all or much of the stigma associated with a CMT conviction.

There is a significant difference between regulatory offenses and crimes of moral turpitude. For a free consultation with an experienced criminal defense attorney in Fort Worth, contact Herreth Law. Home and jail visits are available.