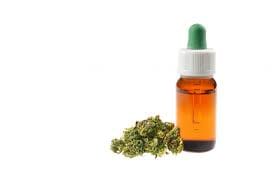 In a largely symbolic gesture, the TSHC will officially delete hemp from the controlled substances list effective April 5, 2019. How does this move affect cannabidiol and other non-THC, marijuana-based products in Texas?

Advocates say this reclassification, which echoes a similar move the federal government recently made, will help farmers and also help the environment. Like hemp, CBD Oil has no hallucinogenic or addictive qualities. There is considerable evidence that it’s an effective anti-epilepsy drug. Some scientists also claim that CBD Oil eases anxiety and has some other benefits.

Officials cautioned that, despite the reclassification, people must still have a prescription to legally possess cannabidiol.

What is ‘Marijuana’ in Texas?

This move comes on the heels of two major CBD Oil sweeps in North Texas. Police officers in Duncanville and Lancaster seized a large quantity of cannabidiol and what they claimed was marijuana from two local GM Tobacco stores. As is their practice, officers took the product and issued stern warnings but made no arrests.

Hemp reclassification will temporarily stop operations like this one. But the TSHC’s declaration is just an administrative rule. It can be undone tomorrow. Only the Legislature can legalize hemp, CBD Oil, or any other marijuana product. Bipartisan legislation recently introduced in the House would do that, but it remains to be seen how much support this measure attracts.

Under current law, every “every compound, manufacture, salt, derivative, mixture, or preparation of [the marijuana] plant or its seeds” is illegal in Texas. But an exception in the Health and Safety Code applies to the “oil or cake made from the seeds of the plant.” In other words, CBD Oil is squarely within a grey area of the law. Maybe it’s illegal, and maybe it isn’t.

The stakes are high. Possession of a trace amount of marijuana, including a single drop of CBD Oil, is a Class B misdemeanor in Texas. Because the law is so ambiguous, a Weatherford drug possession attorney can often get cannabidiol charges thrown out of court. Other defenses include lack of probable cause to seize the CBD Oil. This argument is closely related to the legal definition of marijuana, but there are some additional procedural aspects as well.

As a fallback, and even if there is no good defense, some kind of pretrial diversion is usually available. If the defendant jumps through a few legal hoops, prosecutors will dismiss the charges. Most people would consider a no-conviction result as a “win” in these cases.

Hemp reclassification makes CBD Oil possession a little more black and white, but not much more. For a free consultation with an experienced criminal defense attorney in Weatherford, contact Herreth Law. The sooner you call, the sooner we start working for you.