The Difference Between Blood Tests and Breath Tests 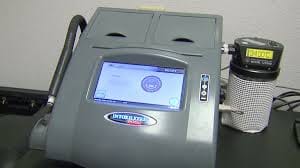 Breathalyzers make up the vast majority of DWI chemical tests in Texas. Since the Supreme Court ruled that blood tests require search warrants, that will probably remain true for quite some time. Occasionally, Texas law enforcement agencies hold “no-refusal weekends.” If drivers refuse Breathalyzer tests, officers will obtain search warrants for blood tests. So, you can refuse a chemical test, and that refusal is effective until they strap you onto a gurney and stick a needle in your arm.

Breath Tests in a Nutshell

Breathalyzers do not require search warrants because they are not invasive tests. The Supreme Court compared blowing into a Breathalyzer with a DNA swab. That’s probably a pretty good comparison. Furthermore, the Breathalyzer discards the sample as soon as the test is over. So, it cannot be used for any other purpose. That feature also makes it more difficult to challenge Breathalyzer results, and that’s probably one reason it is so popular with law enforcement.

Breathalyzers are also easy. Pretty much any officer can follow instructions, read a warning card, and administer the test.

There are some inherent flaws in the Breathalyzer. This technology is very old and indirect. There are some specific flaws as well, especially if the defendant wasn’t closely watched for at least twenty minutes prior to the test.

Blood Tests in a Nutshell

As mentioned, blood tests are highly invasive. There are also a lot of moving parts in blood tests. That feature makes them easier to challenge. At the very least, the sample must generally go from a clinic to a lab to the prosecutor’s office. There may be some other stops along the way. If the prosecutor cannot present an unbroken chain of custody, a judge may throw it out. In the alternative, the jury may view it as less than credible evidence. Either outcome works for a criminal defense attorney.

Furthermore, since the sample remains, a defense attorney may have another expert analyze it. This chemist’s analysis is often much different from the police department tech’s conclusions.

Police officers can use two types of chemical tests in DWI arrests. For a free consultation with an experienced criminal defense attorney in Weatherford, contact Herreth Law. Home and jail visits are available.