What Rights Do I Have If I’m Arrested? 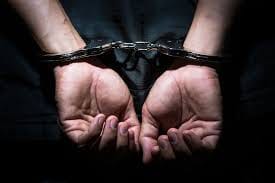 Counting the so-so 2018 remake, there have now been six Death Wish films. The first one appeared in 1974, when the vigilante crimefighter genre (Death Wish, Walking Tall, Dirty Harry, etc.) was very popular. Angst over a string of 1960s Supreme Court decisions gave rise to these films. Back then, the cases were extremely controversial. Today, they are a fundamental part of criminal law in Tarrant and Parker County.

The Right to Remain Silent

Most people who have watched a cop or lawyer show on TV know they have the right to remain silent. But most people don’t know exactly what that right means or how important it is.

You do not have the absolute right to remain silent. You must answer basic name, rank, and serial number questions. If you are driving a motor vehicle and officers pull you over, you must also produce your drivers’ license and proof of insurance. And, you must obey the officer’s lawful commands.

Other than that, the right to remain silent is pretty much absolute. You do not have to answer any other questions, whether or not they seem incriminating. You also do not have to perform any tests, like a field sobriety test or trying on crime scene gloves. It’s important to be respectful when asserting your rights. Otherwise, the officer could make life very difficult and the entire confrontation could end very badly.

Generally, your silence cannot be used against you in court. Refusing a Breathalyzer test is a big exception, but the winds of change may be blowing in this area. In contrast, anything you say can be used against you. The more direct evidence that the prosecutor has, the easier it is to convict you.

The Right to Know the Charges Against You

This myth is a little like the entrapment myth. Undercover officers do not have to tell you they are policemen if you ask them. However, if they lie about their identities, it is a little easier to establish the entrapment defense in court.

The Right to Counsel

“Custodial interrogation” usually means the point at which officers begin asking questions and the defendant does not feel free to leave. Courts define a “critical stage” as the filing of official charging documents.

All criminal defendants have important rights. For a free consultation with an experienced criminal defense attorney in Weatherford, contact Herreth Law. Convenient payment plans are available.