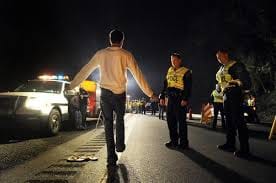 Prosecutors claim that Officer Artie Weathers was intoxicated when he went to pick up his child at Ault Elementary School. He was the sixth Harris County law enforcement officer arrested for DWI between August and September 2017.

According to the arrest report, Officer Weathers had vomit on his shirt and bloodshot eyes. Furthermore, he was driving erratically in the carpool lane and staggering when he got out of his vehicle. This case involved a child, and so did two previous law enforcement cases. In August 2017, Harris County Sherriff’s Deputy Landon Davis was arrested for DWI with a child passenger. A few weeks later, HPD Officer Cassandra Crosby allegedly caused a car crash while intoxicated. Her 13-year-old daughter was in the car at the time.

In response to the spate of arrests, HPD Chief Art Acevedo released a statement saying “I have taken numerous steps to address this issue. They include written and video statements to our workforce increased expansion for peer support and wellness programs, and have made it clear we have zero tolerance for DWI in our department.”

If any child under 15 is in the vehicle, DWI becomes a state jail felony. That means between six months and two years in a state jail facility. If you receive state jail time, either due to a finding of guilt or a motion to revoke probation, the defendant serves straight time. There is no parole for state jail offenses.

Furthermore, note that the child passenger does not have to be kin. It could be your neighbor’s son that you were taking to soccer practice. However, in non-kin cases, the collateral consequences of a child passenger DWI may be less.

With regard to child passenger DWI cases, child endangerment charges are probably the most severe consequences. In the Texas Penal Code, this offense is not terribly serious. However, it does encompass a wide range of situations, including:

· Leaving a child alone in a vehicle for more than five minutes,

· Making methamphetamines in the presence of a child, and

· Leaving unattended firearms near a child.

Child injury is not an element of child endangerment. Even if the child is okay, the state could still file endangerment charges.

Child Protective Services action is the real threat here. CPS investigators are legally required to act if the parent is charged with child endangerment. Many times, investigators conduct an inquiry and then close the case. Other times, they may require the parent to attend parenting classes and jump through other hoops. In rare cases, they may remove the child from the family.

Both parents usually end up under CPS scrutiny. For example, if Husband gets a DWI-child passenger, state investigators often assume that Wife could have done something to protect the child.

DWI-child passenger cases are among the most extreme types of aggravated DWIs. For a free consultation with an experienced criminal defense attorney in Weatherford, contact Herreth Law. We routinely handle matters in Parker County and nearby jurisdictions.