The Whys and Hows of Pretrial Release in Tarrant County 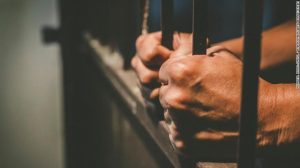 During jury trials, incarcerated defendants almost never appear in jail clothes or shackles. Even though judges tell jurors that pretrial detention means nothing in terms of guilt or innocence, there is a very real presumption of guilt if the defendant is in jail.

Pretrial release is about the only way to overcome this presumption. Since the presumption of innocence is a defendant’s best weapon in a criminal case, it’s hard to understate the importance of pretrial release.

The financial bail system has been in place since before America was a nation. But many people now question its fairness. In fact, lawmakers in California recently did away with the cash bail system altogether.

Generally, the sheriff sets a presumptive bail amount shortly after the defendant arrives at jail. The presumptive amount varies, but it’s usually about $750 for a misdemeanor and $1,500 for a minor felony. In more serious felonies, like aggravated assault, rape, or murder, the amount may be much higher.

In most cases, the defendant may either obtain a surety bond or post a cash bail. A bondsman usually charges about 15 percent to write a surety bond. These bonds come with a number of conditions. Alternatively, the sheriff will accept the entire amount in cash. Once the case is resolved, the person depositing the money gets most of it back.

Some cases involve cash-only bails, most notably bond forfeiture cases. Additionally, if the defendant has an immigration hold, bond is a very complex matter.

If the defendant cannot make bail, an attorney may request a bail reduction hearing. That’s because the Eighth Amendment guarantees reasonable bail in criminal cases. Some factors at this hearing include:

· Threat to the community, including any threats to witnesses,

· Defendant’s connection to the community,

· Amount of evidence against the defendant, and

After hearing the evidence and weighing the factors, most Tarrant County judges reduce the bail to an amount that the defendant can pay.

Pretrial release is an important element of a complete defense. For a free consultation with an experienced criminal defense attorney in Fort Worth, contact Herreth Law. We routinely handle cases in Tarrant County and nearby jurisdictions.