A (Very Early) Look at the Case Against Cesar Sayoc 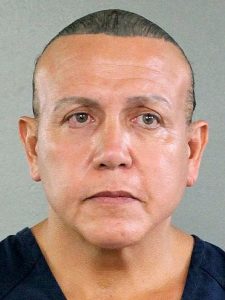 Prosecutors asked a Manhattan judge to hold Cesar Sayoc without bond until he can answer charges of mailing sixteen explosive devices to outspoken Trump critics.

According to court documents, Mr. Sayoc has an extensive criminal history. He frequently attended far-right political rallies and made a number of inflammatory statements on social media. Moreover, when investigators searched his van, which was near the scene of several alleged bombings, they found a laptop. The device’s browsing history included a number of searches which lined up with the attempted bombings.

None of the bombs exploded and no one was hurt.

Terroristic threat-type cases, like the one against Mr. Sayoc, are much easier to prove in the social media era. Many people impulsively like or forward content or images. Additionally, many people use social media like a stream-of-consciousness outlet. They post whatever is on their minds at the time.

Both on social media and in person, Mr. Sayoc has made his share of inflammatory statements. These statements include threats of violence against people. Terroristic threat cases usually only require that the victim have a reasonable apprehension of imminent bodily harm. The state does not need to prove that the defendant actually had the means to carry out the threat. But no reasonable person is afraid of a threat from a stranger on Twitter.

Significantly, however, the First Amendment protects your right to make militant political statements. It does not grant immunity in criminal prosecutions.

As mentioned, Mr. Sayoc’s extensive criminal history includes some prior bomb-making and threat-making convictions. A criminal past is relevant in the court of public opinion, but it is usually irrelevant in Texas criminal courts.

Prior felony convictions may be admissible for impeachment purposes. For example, if Mr. Sayoc’s lawyer calls a character witness, the prosecutor could ask “Did you know that the defendant was convicted of X?” The witness’ answer does not matter, because at that point, the damage has been done.

In other words, criminal history is usually off-limits in court. But there could be a back door.

At this point, Mr. Sayoc’s sticker-covered van is probably the most damning piece of circumstantial evidence that prosecutors have.

If the van was only near one or two bombing sites, Mr. Sayoc might urge that it was imply a coincidence. If he had another reasonable explanation for being in that area at that time, and if his lawyer could challenge the witness’ testimony, so much the better.

But as James Bond author Ian Fleming once wrote: “Once is happenstance, twice is coincidence, and thrice is enemy action.” It’s very difficult to dismiss eight or ten sightings as a coincidence.

Like his van and his inflammatory statements, internet browsing history is circumstantial evidence. It can be interpreted in many different ways. Furthermore, just because he searched for an address does not mean that he mailed something to that address. The “beyond a reasonable doubt” standard usually means that jurors cannot add two plus to and come up with four. The evidence must be more overwhelming than that.

Nevertheless, the internet searches are definitely another brick in the wall. And as mentioned, the more circumstantial evidence the state has, the harder it is to dismiss.

Circumstantial evidence is often enough to convict defendants. For a free consultation with an experienced criminal defense attorney in Weatherford, contact Herreth Law. Home and jail visits are available.