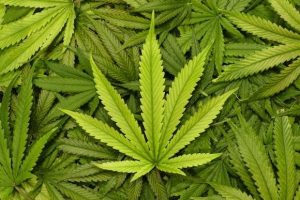 The Lone Star State has one of the harshest marijuana possession laws in the country. One joint in your hand means up to six months in jail, because possession under two ounces is a Class B misdemeanor.

There are some indications that the tide is turning. According to recent polls, many people believe that marijuana is safer than opioid pain pills and equally as effective. Moreover, Houston and some other large cities have changed their marijuana arrest policies. Advocates insist that arresting people for low-level marijuana offenses wastes police resources and unfairly stigmatizes the defendants.

However, the marijuana law is probably here to stay on a state level, at least for the foreseeable future.

Humorist Mark Twain would have loved Texas. He once wrote that “No one’s life, liberty or property is safe while the legislature is in session.” Legislators in the Lone Star State only meet once every two years. Most people believe that is a good thing. The less these people meet, the less they can do.

As a result, only bills with broad appeal reach the floor. There is simply not enough time to consider everything, so legislators must prioritize. Lawmakers introduced marijuana legalization bills in 2015 and again in 2017, but neither one of these measures even made it to a vote. If similar bills are introduced in 2019, 2021, and beyond, which is quite possible, there’s every reason to believe that they will meet a similar fate.

Several other states allow recreational marijuana. All these jurisdictions started with medicinal marijuana. As medical dispensaries popped up, voters warmed up to the idea of legalized marijuana. Then, advocates took the next step.

But there are almost no medical marijuana dispensaries in Texas. These businesses are very expensive to start, especially in terms of things like business insurance. They are expensive to operate as well. Amazon and most other national transportation companies will not ship marijuana, because it is illegal to do so under federal law. No dispensaries in Texas means no groundswell of support for changing the law.

The Laws of Physics

You may remember the law of inertia from a long-ago science class. An object at rest stays at rest unless an overwhelming outside force compels it to move. If I am napping on the sofa and watching TV, I will not get up unless I have a very good reason to do so.

Marijuana has been illegal in Texas for almost a hundred years. It is not easy to overcome a century of inertia. Given the lack of enthusiastic support in the legislature, and tepid support from the general public, the existing law may be here to stay.

The winds may be shifting in terms of recreational marijuana, but these winds are far too weak to change Texas laws. For a free consultation with an experienced criminal defense attorney in Weatherford, contact Herreth Law. Home and jail visits are available.