Do My Social Media Posts Affect My DWI Case? 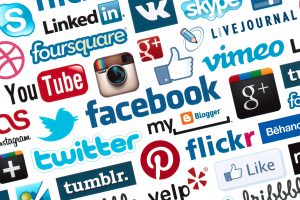 Facebook has over 2.2 billion regular users. Instead of telling friends and family about their days, many people tell the entire world about these events. We can argue back and forth about whether that is a good thing or a bad thing. But regardless of your feelings on the matter, social media is part of our lives.

These statements are inadmissible because an attorney should be able to cross-examine Sally about her statement, and a lawyer cannot do that if Bill repeats what Sally said.

The hearsay rule applies to written documents as well as oral statements. However, there are a few key exceptions to the hearsay rule. Some relevant ones in the social media realm include:

· Then-Existing Physical or Mental Condition: A statement like “I wasn’t feeling like myself when I got pulled over” is not necessarily incriminating. These words say nothing about intoxication or sobriety. However, a statement like that may be admissible because it reflects an existing physical or mental condition. This statement does not prove intoxication, but it is definitely another brick in the wall.

· Statement Against Interest: This is the big one in terms of social media hearsay exceptions. “I can’t believe that officer pulled me over even though I only had one beer” is a statement against interest. In fact, the way Texas law is written, that statement may be tantamount to a confession.

· Present Sense Impression/Excited Utterance: Prosecutors sometimes try to use these exceptions. But these loopholes have very short shelf lives. To be admissible under these exceptions, the declarant must make the statement while under the stress of the event in question. Since a social media post may not appear for hours or days after the arrest, these exceptions probably do not apply.

Most other social media posts are inadmissible. It is normally okay to vent about the broken court system, the biased police officer, or other such things. Although posts like these reflect negatively on the defendant, an attorney can usually keep them out of court.

Always think before you post. For a free consultation with an experienced criminal defense attorney in Fort Worth, contact Herreth Law. We routinely handle cases in Tarrant County and nearby jurisdictions.