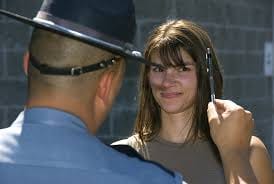 The Horizontal Gaze Nystagmus test is one of the three NHTSA-approved field sobriety tests. In almost all DWI cases, the FST results constitute probable cause for the arrest. If the defendant refuses to provide a breath or blood sample, the prosecutor must also use the FST results to establish intoxication beyond a reasonable doubt at trial.

In the HGN test, subjects must follow a moving point, such as the tip of a finger, by using their eyes and not moving their heads.

Nystagmus is involuntary pupil movements at certain angles. If the defendant’s pupil moves in this way, the person almost always has nystagmus. The two major types of nystagmus are:

· Acquired Nystagmus: Some people are prone to nystagmus but it never fully develops. Things like alcohol intoxication, diabetes, smoking, flashing lights, and even some excessive vibrations can cause nystagmus.

Nystagmus can be manifest or latent. In a few cases, nystagmus is manifest and it’s apparent at all times. But typically, nystagmus is latent and only evidence when one eyes is covered. So, many people have nystagmus and do not even know it.

The other two FSTs are the walk-and-turn and the one-leg stand. These tests are divided attention tests that measure physical dexterity and mental acuity. But the HGN test is strictly a medical test. Therein lies the problem.

Finally, many officers are poorly trained. They usually attend police-sponsored seminars about how to administer the test, but that is about it. They understand little or nothing about the condition itself. Furthermore, this training seminar might have occurred several years ago, when the research was not current.

The DWI eye test is a poor way to detect intoxication-induced nystagmus. For a free consultation with an experienced criminal defense attorney in Weatherford, contact Herreth Law. We routinely handle cases in Parker County and nearby jurisdictions.