Do Anonymous Tips Pay Off? 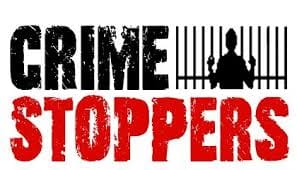 In 2018, Texas tipsters helped authorities capture over two dozen dangerous offenders. Is that statistic proof that the system works?

Four of the twenty-eight most wanted fugitives were caught at or near the Texas-Mexico border. To be a most wanted DPS fugitive, the person must be accused of a violent felony or a sex offense. There are some other factors to consider as well.

Authorities usually transport captured defendants to the county that issued the charges, so they can stand trial there.

Anonymous tips are inherently shaky. After all, if the tipster was unwilling to vouch for the tip, why should a judge react differently?

These tips are usually quite vague. The witness normally says something like “I saw X person at Y place.” There is no way to tell how close of a look the witness got, how the witness recognized X person, or why the witness was near Y location to begin with. Furthermore, it’s impossible to ascertain motive.

Despite all these question marks, informer tips are not unreliable as a matter of law. Instead, the judge evaluates them based on a number of factors, including:

·       Nature of Offense: In 2000’s Florida v. J.L., the Supreme Court suggested that if the alleged offense threatened public safety, like a DWI or a gun case, the rules might be a little more relaxed.

·       Elapsed Time: Anonymous tips have extremely short shelf lives. They become stale after only a few minutes. That’s especially the case if the tip relates to activity, like a drug sale, as opposed to a wanted fugitive’s identity.

The tip stands or falls on its own. Prosecutors cannot argue that if the tip lead to an arrest, it must have been valid.

Taking a suspect into custody is only the first step in the criminal justice process. Lots of things must happen before prosecutors obtain convictions.

Criminal cases usually begin with charging instruments. The information or indictment must specify each element of the offense and also mention key evidence. A fatal variance between the pleadings and the proof could torpedo the case. In variance cases, prosecutors often use the idem sonans doctrine to cure defects. Idem sonans is Latin for “sounds alike” and Legalese for “close enough.”

Plea bargains resolve most criminal cases. Typically, the defendant waives a trial and voluntarily pleads guilty or no contest in exchange for a reduced charge and/or a lighter sentence. If the case goes to trial, prosecutors must establish guilt beyond a reasonable doubt.

Anonymous tips may or may not constitute reasonable suspicion. For a free consultation with an experienced criminal defense attorney in Weatherford, contact Herreth Law. We routinely handle matters in Parker County and nearby jurisdictions.