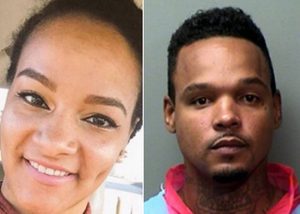 According to a motion filed in district court a Tarrant County Assistant District Attorney (ADA) concealed evidence that would have exonerated Christopher Revill in a 2016 kidnapping case.

Mr. Revill was arrested in October 2016, shortly after his ex-girlfriend disappeared. Typhenie Johnson was last seen near her East Fort Worth apartment building. Authorities zeroed in on Mr. Revill, not only because of his relationship with Ms. Johnson, but also because he had been implicated in a 2006 kidnapping which was never solved. According to his lawyer, the ADA received a crime lab report in December 2017 which seemingly cleared Mr. Revill in the current case. However, according to the motion, the ADA refused to turn over the report and insisted that it was unavailable. The motion asks for a dismissal of charges.

Mr. Revill has been in jail since October 2016 waiting for trial.

This motion rests on Brady v. Maryland, a 1963 Supreme Court case. This decision was one of many pro-defense cases that the Justices handed down in the 1960s. In Brady, prosecutors buried a statement from a co-defendant which exonerated Mr. Brady. The Court later ruled that “Withholding of evidence violates due process where the evidence is material either to guilt or to punishment.”

As outlined below, Brady is a very broad ruling. However, it’s difficult to enforce. Even during court-supervised discovery proceedings, which are generally only available in felony cases, prosecutors often try to keep defense attorneys from uncovering important evidence. So, an attorney must be extremely diligent in these cases.

What the Rule Means

That’s an appropriate remedy because if the prosecutor withheld evidence, the entire process is tainted. We all want to win, but we all must follow the rules in pursuit of victory. If prosecutors break the rules, it’s best to reinvent the wheel.

With the exculpatory evidence in hand, like the DNA report in Mr. Revill’s case, it is very hard for prosecutors to establish guilt beyond a reasonable doubt.

In their zeal to “get the bad guy,” police and prosecutors often cross the line. For a free consultation with an experienced criminal defense attorney in Fort Worth, contact Herreth Law. Convenient payment plans are available.